Here you will find short interviews by our reporter about current issues from politics and society. 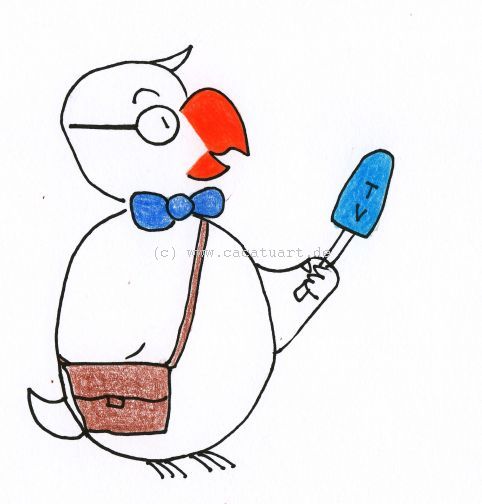 After having cleared all possible open issues and doubts in the best interest of all parties, the new Government starts the new perior taking care of the most new and essential topics on the to-do list: 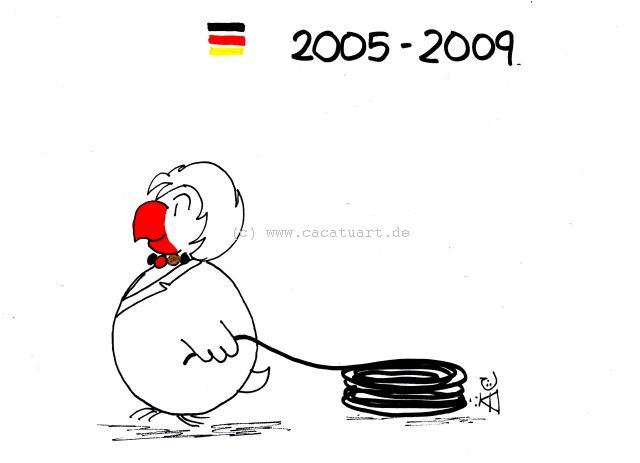 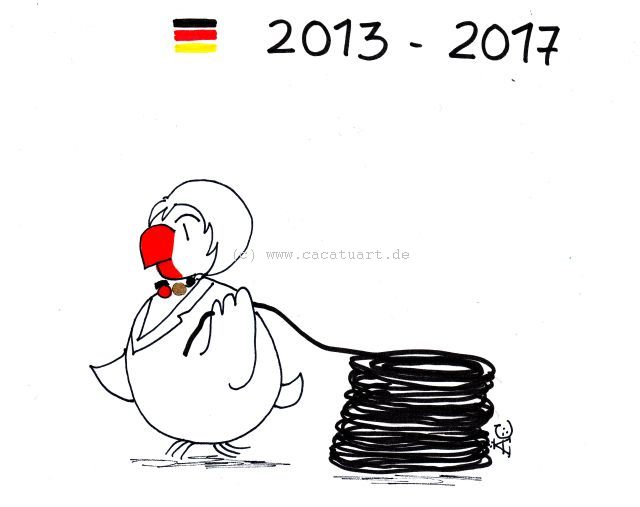 All good things come in threes. And also this third time the legendary German working style will confirm its reputation through an excellent team work with the new coalition: 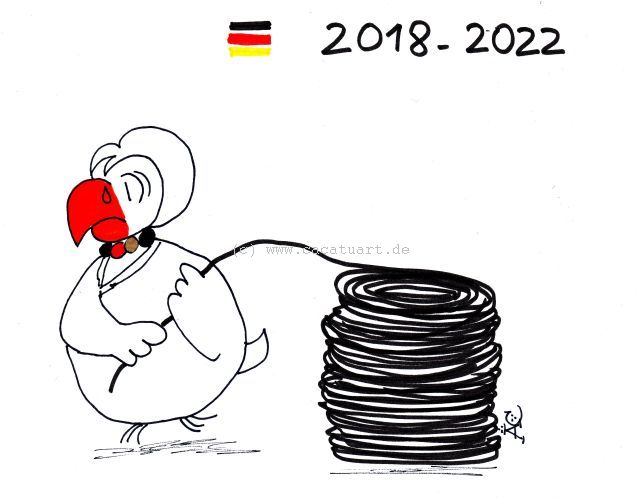 Election in Spain 2016
After a second election round the Spanish politicians do not to manage to reach a consensus and a third election at the end of the year seems to be the only option.
Our reporter asks the Catalan Prime Minister for a statement on the situation. 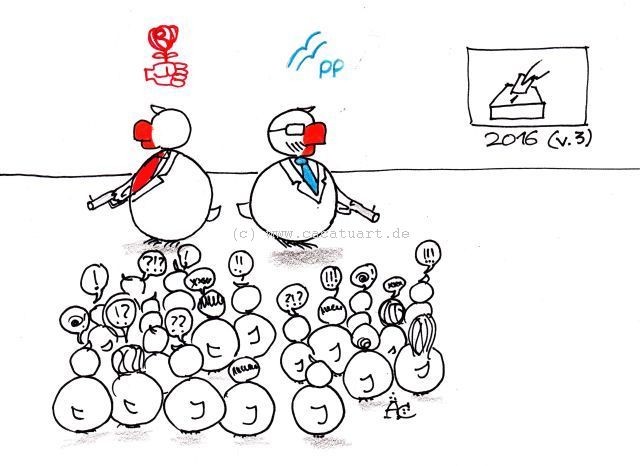 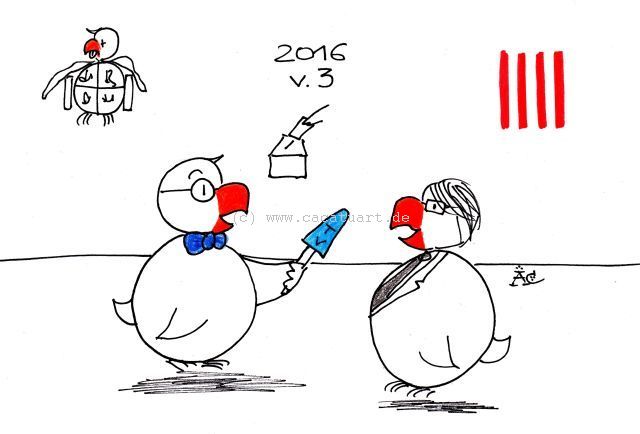 Reporter: "Prime Minister Puigdemont, could you give us your statement on the current political standstill?"
Puigdemont: "Either they hurry or we will end up the job ourselves". 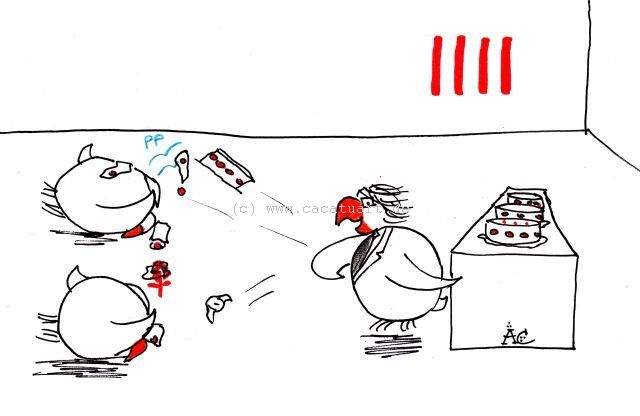 PS: Thanks to Pastry Shop Mont and Sons for the ingredients

Reporter: A Police commando investigates the Ibrahim-Al-Khalid-Mosque in Berlin-Tempelhof. The Imam is suspected of having recruited voluntaries for the Syria war... 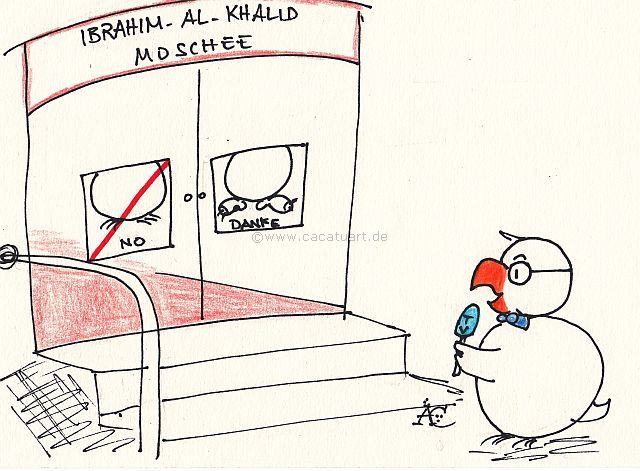 The police officers courteously entered the mosque wearing socks, as indicated on the signs at the entrance. 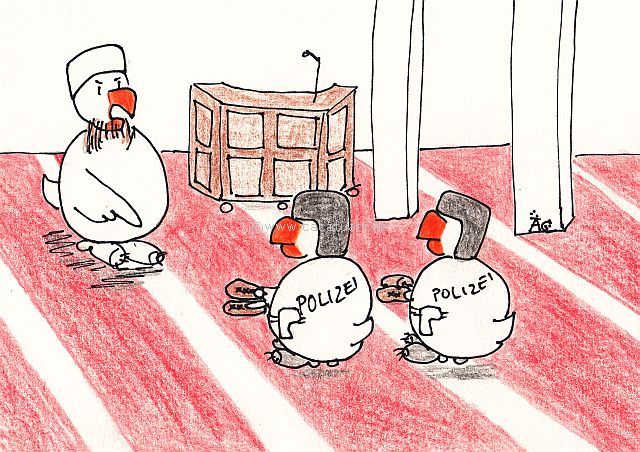 Reporter: "Mr. Blatter, where do you stand on the accusations of corruption within the FIFA?"

Herr Blatter: "I don't know what you are talking about". 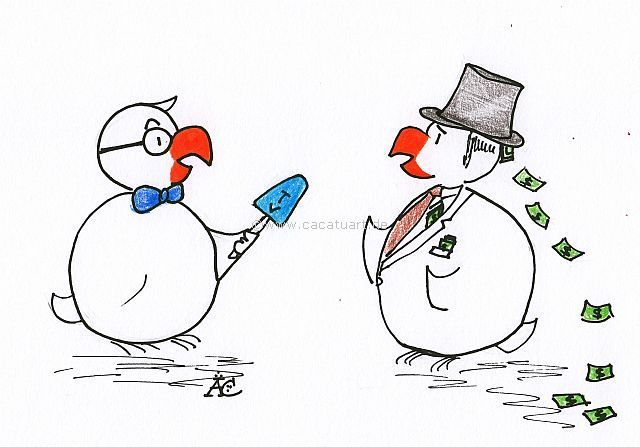 Reporter: Ms. Minister of Defence, would you like to give your statement about the recent cyber attack against the German Government?

Ms. Minister (alias "Flintstone Ursula"): We must absolutely enable our Army to play a stronger role against cyber attacks." 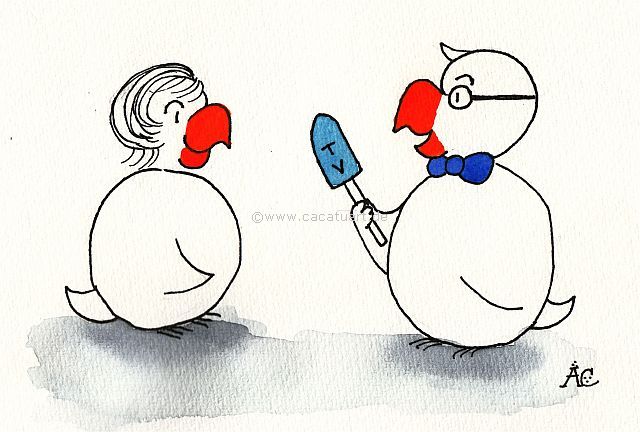 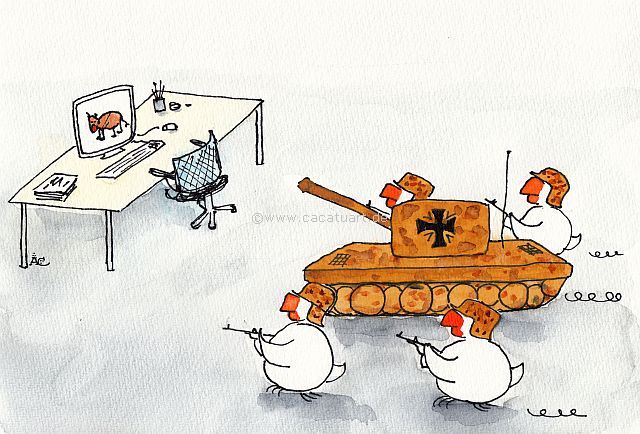 The press is concerned about some issues of the elected President Trump's non-existent government strategy.

Crucial: who will style the First Lady Melania Trump? Up to date most mode designers declined to offer her their mode designs. 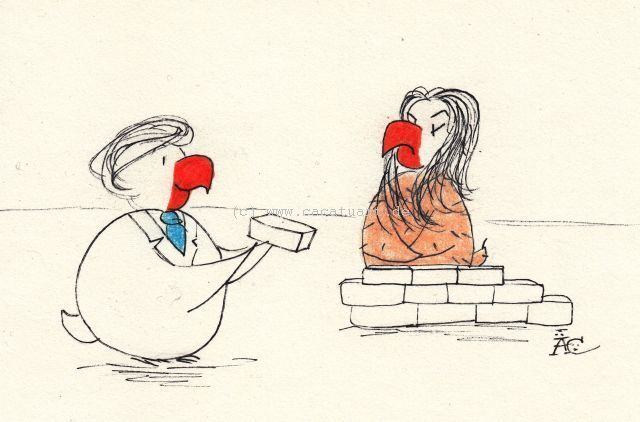 Border Mexico-USA: due to budget constraints, the planned wall, which was to be paid by Mexico, will be erected with more economical materials. 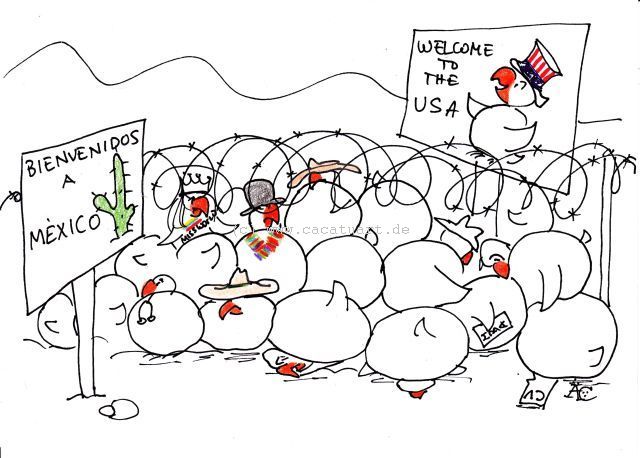 Will President Trump's deep admiration towards President Putin be confirmed by a brotherly kiss such as that of Breznev and Honecker? 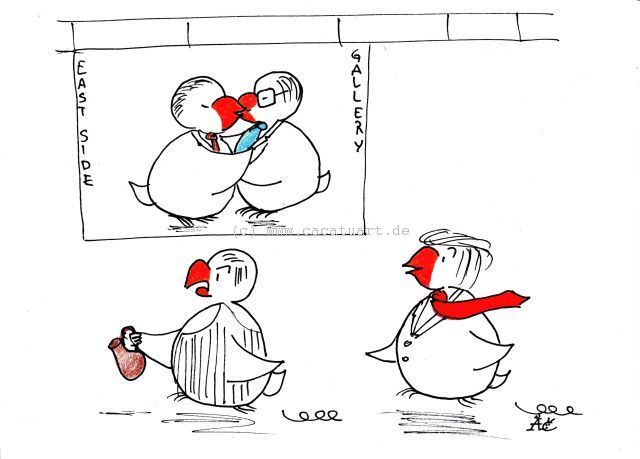 Reporter: Mr. Trump, on what grounds or principles do you base your proposal for immigration policy?

Mr. Trump: On my great idea! I won't let one single alien come in! Just like in Game of Thrones! All of them stay off the wall! Bro am I great! 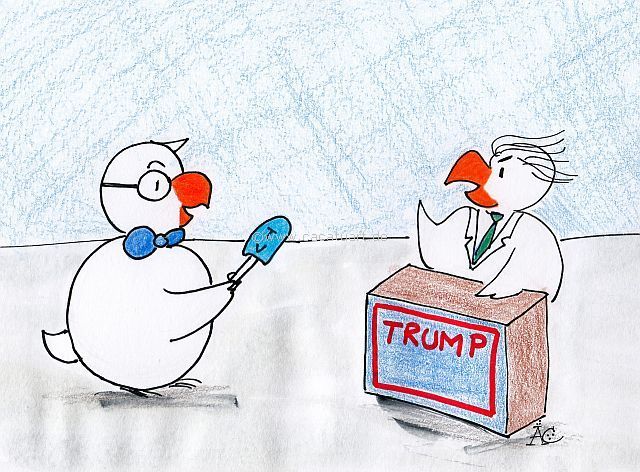 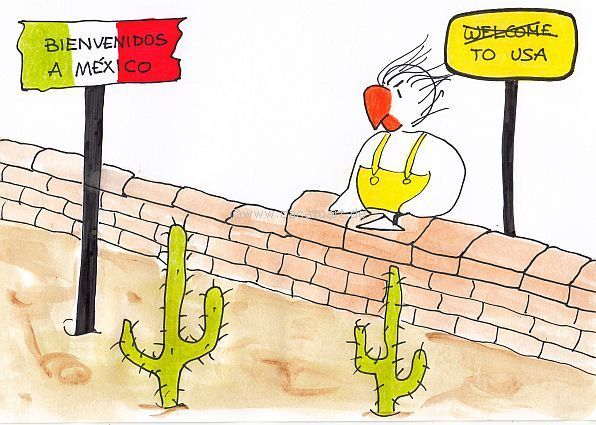 Reporter: USA State Department published today its annual report on human rights in the world, showing the balance of all countries except for... USA. The USA Government states that issues such as corruption among public servants, abuse to  inmigrants and asylum seekers as well as violence against women, children and minorities are the main problems in Spain regarding human rights. 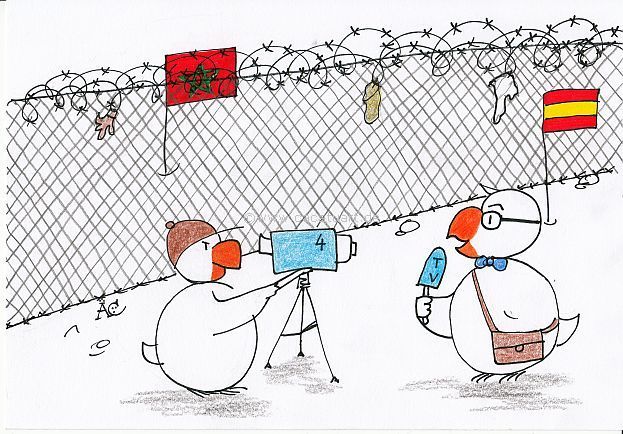 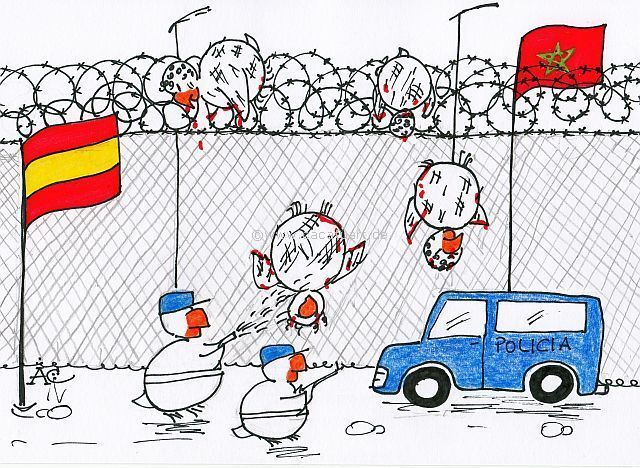 Is this the answer to the highly intelligent comments and proposals by Mr. Trump (a particularly foreigner-friendly candidate), applicant to the presidential candidature in the USA? (Spain thanks by the way for the advice).

We use cookies on our website. Some of them are essential for the operation of the site, while others help us to improve this site and the user experience (tracking cookies). You can decide for yourself whether you want to allow cookies or not. Please note that if you reject them, you may not be able to use all the functionalities of the site.